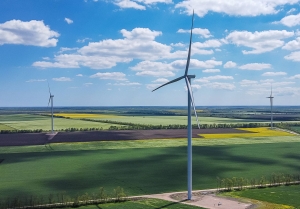 After a record year in 2019 followed by a year of struggle for survive in 2020, the renewable energy industry of Ukraine is now at a crossroads pending the Ukrainian Government’s decision on the energy sector’s development vector.  The first option provides for profound transformation of the energy paradigm and modernization of the system to reach carbon neutrality based largely on renewables. The second one is based on further support of fossil fuel generation, overlooking its negative effects on both the health of the society and security and integrity of Ukraine.

In anticipation of the Government’s decision, the wind power sector of Ukraine demonstrates its readiness for development and further contribution to the national economy as around 5,000 MW of wind capacity received building permits as of the beginning of 2020. Having agreed to voluntarily reduction of the feed-in tariff rates, the RES investors continue to seek common ground with the Government of Ukraine on items related to the RES development, and postpone their claims to international arbitration to protect their rights and provide business conduct under fair and predictable rules. Some investors continue to invest in Ukraine, considering all “country risks” and hoping the Government of Ukraine to fulfill its commitments. Thus, 73 new wind turbines with a total installed capacity of 278,4 MW were brought online in three regions of Ukraine during the first half of 2021: 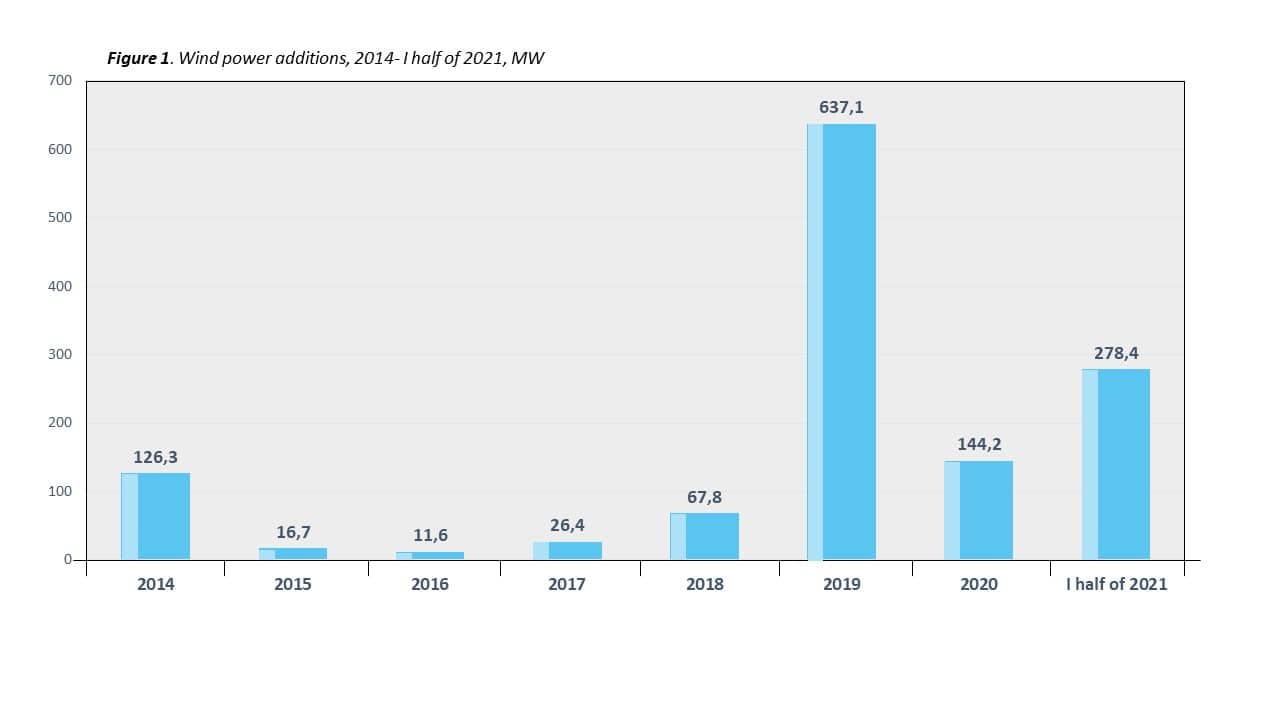 As of the first half of 2021, the total installed wind capacity of mainland Ukraine (including the temporarily occupied territories in the east of Ukraine) amounts to 1592,4 MW. 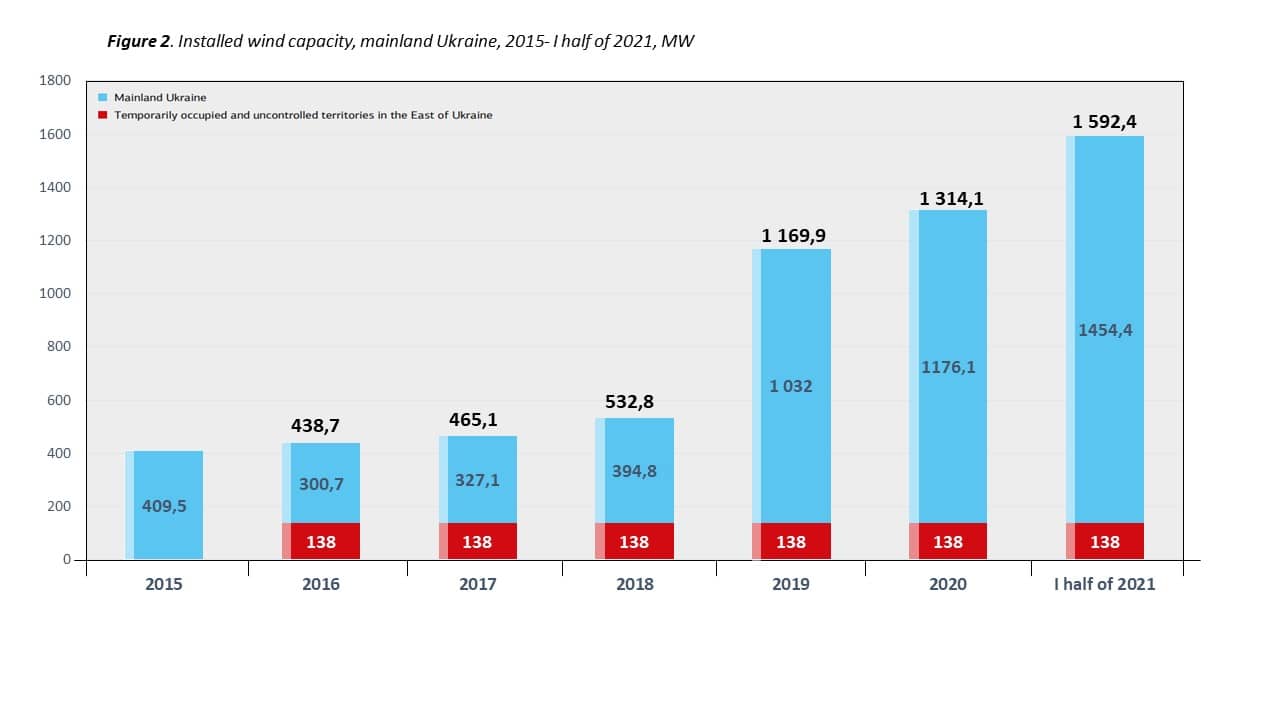 The wind power industry of Ukraine plays an important role in providing Ukrainians with environmentally sound “green” electricity. According to NPC Ukrenergo, in the first half of 2021, wind power plants delivered 1 743,65 million kWh of “green” electricity, sufficient to provide electricity to 581 218 households in Ukraine with their average monthly electricity consumption of 500 kWh, ensuring 1,381 million tons of carbon emissions reduction.

With respect to the total installed capacity, Zaporizhzhia region with 595 MW is ahead, closely followed by Kherson region with 579,5 MW while Mykolaiv region with 152,1 MW ranks third. 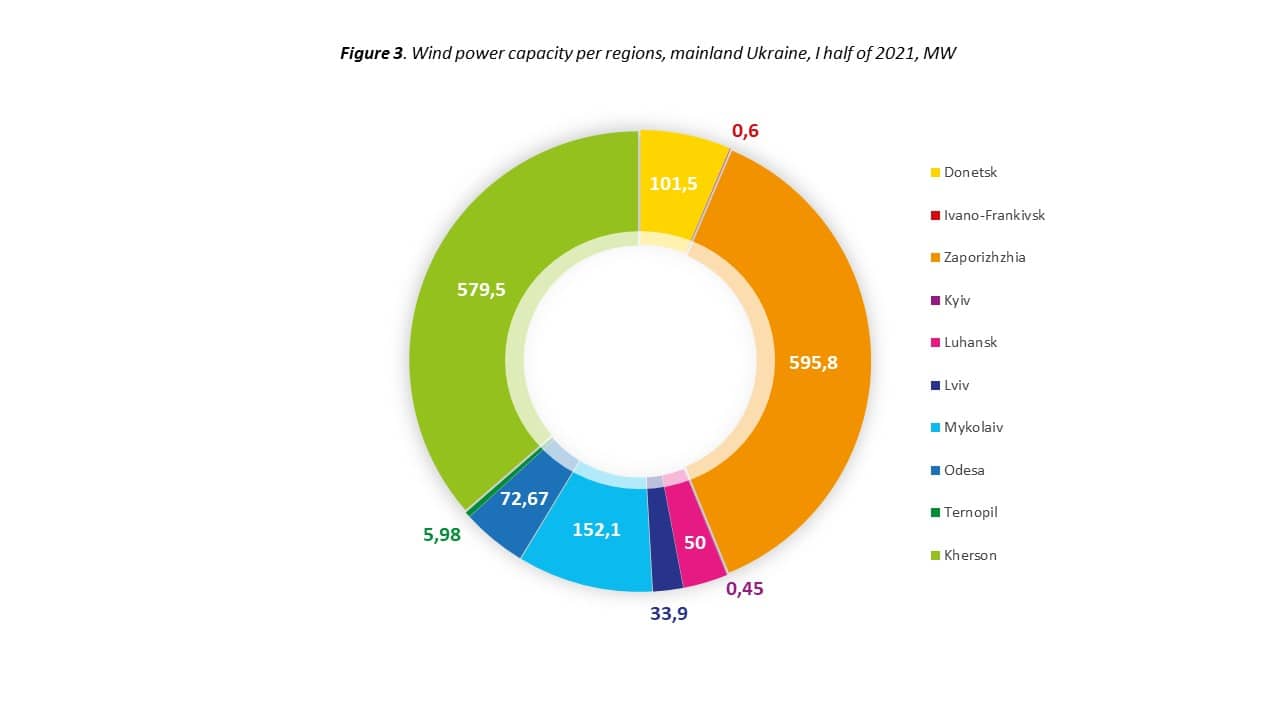 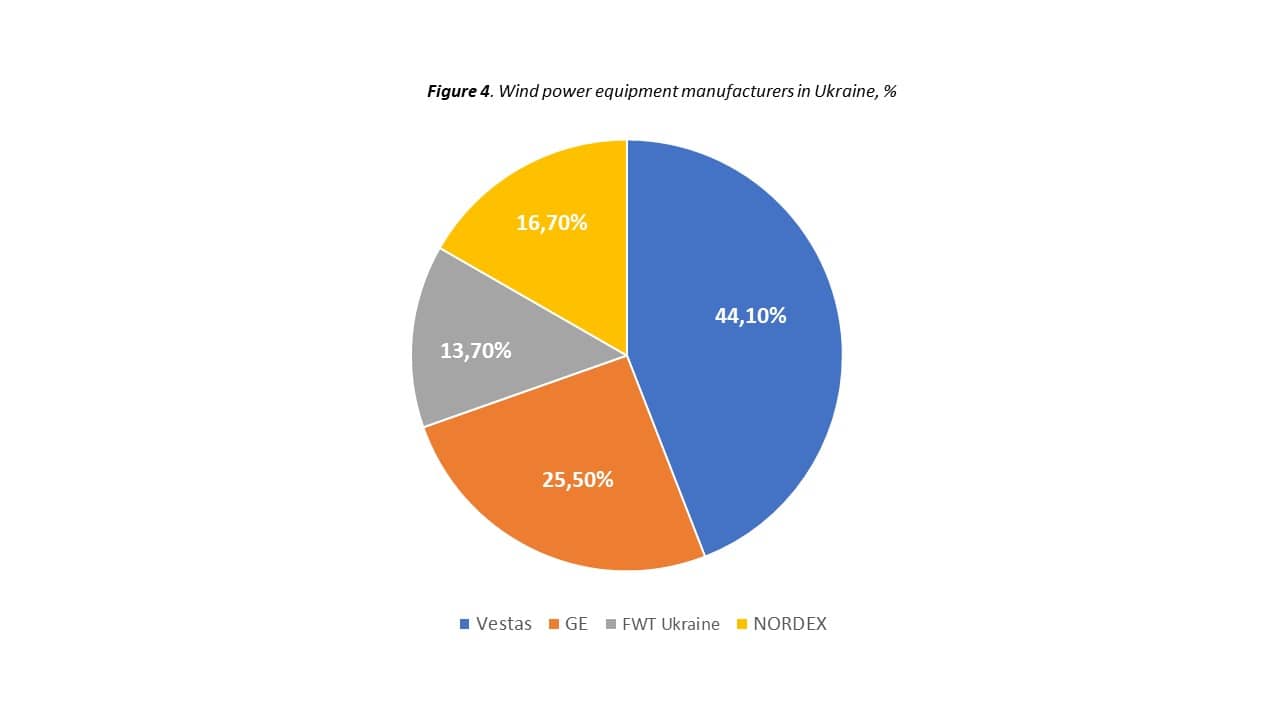 Growth, though modest, in new wind power installations in the first half of 2021 at the background of unresolved energy crisis, demonstrates a high potential for the Ukrainian wind power sector. Indeed, the growth rates would be much higher, if the Government of Ukraine follows the experience of the EU member-states and chooses the path of “green” energy transition to provide clean future for the current and future generations. 2021 is a point of no return. Either Ukraine relies on renewable energy sources and fully supports their development, or it continues to undermine the confidence of international and national investors and halt the development of the "green" generation with unreasonable and illogical policy decisions and legislative changes.  The things will appear in their true light by the end of year 2021...