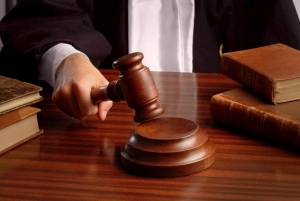 “Declaration of the “green” tariff as unconstitutional is an unprecedented sort of pressure on industry,” UWEA noted.

Considering that the UWEA members actively involved in the RES sector of Ukraine in line with the above mentioned Laws and sell electricity at “green” tariffs, impartial proceedings is impossible without taking into account the position of the whole industry, which is one of the largest contributors to the State budget of Ukraine. Thus, during 2020, RES producers paid to the State budget approximately UAH 20 billion in taxes.

Andriy Konechenkov, the Chairman of the UWEA Board, convinced that declaration of certain provisions of the laws as unconstitutional would have a negative impact on Association's members, as it would significantly reduce the opportunities for wind electricity producers, and investment activity in Ukraine, as the RES sector is the largest recipient of foreign investment.

“Historically, the “green” tariff is one of the main instruments for stimulating the production  of “green” electricity.  In Ukraine “green” tariffs became an economic engine for a successful development of the RES industry. The declaration of the “green” tariff as unconstitutional is an unprecedented pressure on industry. That is why the UWEA, by bringing together leading market participants, seeks to safeguard the rights and interests of both, national RES market and foreign investors, through providing the Court with all necessary information about “green” tariff practices in the European and Ukrainian markets,” stated Andriy Konechenkov.

The UWEA noted that the declaration of some legislative provisions as unconstitutional could lead to the bankruptcy of many RES producers and as a result, to the reduction in tax revenues to the State budget; loss of investments and international investor confidence in Ukraine, as well as Ukraine's failure in the “green” energy transition.