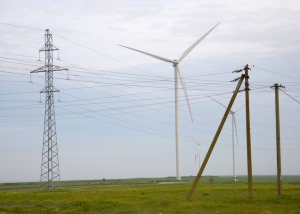 Due to the expanding trend of curtailment of the “green” electricity generation in Ukraine, in January 2020 a Working Group was established at the NPC UKRENERGO to develop a methodology of RES electricity curtailment compensation.

This Working Group included representatives of the NPC UKRENERGO, the National Electricity and Utilities Regulatory Commission (“Regulator”), the SE "Guaranteed Buyer", members of industry associations and the RES producers.

1. How to calculate the amount of “green” generation being cut by the grid operator?

2. Who is responsible for compensation for these curtailments?

3. What is the legal regime of compensation for curtailments?

The meeting of the Working Group that took place on March 11, 2020 has revealed the following problems:

1. A representative from NPC UKRENERGO, chairing the Working Group, is not authorized by the NEC UKRENERGO management to develop and initiate system solutions. He works solely within his “narrow” mandate.

Changes in the regulatory framework developed by RES producers were of a systemic nature and when adopted by the Regulator, they would have triggered part 5 of Article 68 of the Law of Ukraine “On Electricity Market”, which provides for full compensation to RES producers for curtailment of RES electricity generation.

3. During the meeting of the Working Group, UKRENERGO’s representatives claimed the lack of solutions from the RES producers to the above-mentioned problems including dispatching of the Integrated Power System of Ukraine, which is within the area of responsibility of NPC UKRENERGO.

Discussions at the meeting of the Working Group lead the RES market players to conclude that the process of approval of the curtailment compensation methodology as well as amendments to the relevant regulation acts are being intentionally delayed by NPC UKRENERGO.

“Absence of a solutions creates a threat of not receiving funds by RES producers, which in the long term will disturb the stability of payments made to the loans for construction of Renewable power plants. This will entail significant deterioration of the investment climate of Ukraine and undermine confidence placed in Ukraine by international and national financial institutions”, Andriy Konechenkov, Vice-President of the WWEA and Chairman of the UWEA Board commented.