On June 16, 2020, Renewable Energy Policy Network for the 21st Century (REN 21), a  think tank and a multistakeholder governance group which is focused on renewable energy policy, launched its Renewables 2020 Global Status Report (GSR 2020). Andriy Konechenkov, Chairman of the UWEA Board, is a lead contributor from Ukraine .

GSR2020 provides a comprehensive overview of global developments in renewable energy markets, investments and policies in 2019. This year’s report includes a feature chapter on citizen support for renewable energy projects. 2019 highlighted the important role of community action in the push for renewables, as supporters call for change at both the local and global level.

1. Overall, global energy consumption keeps increasing, eating up the progress made in renewable generation. Today’s progress is largely the result of policies and regulations initiated years ago, which focus on the power sector. Major barriers seen in heating, cooling and transport have remained in place for almost a decade.

2. There was only a moderate increase in the overall share of renewables in total final energy consumption (TFEC). As of 2018, modern renewable energy accounted for an estimated 11% of TFEC. This is only a slight increase from 9.6% in 2013.

3. In 2019, the private sector signed power purchase agreements (PPAs) for a record growth of over 43% from 2018 to 2019 in new renewable power capacity. Most of the 2019 activity was in the United States, as Google became the world’s largest corporate buyer of renewable power, adding 2.7 GW throughout the year.

4. Globally, 32 countries had at least 10 GW of renewable power capacity in 2019, up from only 19 countries a decade earlier.

6. Auctions and tenders for renewable power became more common in 2019, with 11 new countries either adopting a mechanism for auctions or holding them for the first time.

7. Climate change policies that directly or indirectly stimulate interest in renewables increased in 2019, spreading to new regions and reaching new levels of ambition.

8. Among the general public, support for renewable energy continued to advance alongside rising awareness of the multiple benefits of renewables, including reduction of carbon dioxide (CO2) emissions. By year’s end 1,480 jurisdictions – spanning 28 countries and covering 820 million citizens – had issued “climate emergency” declarations. 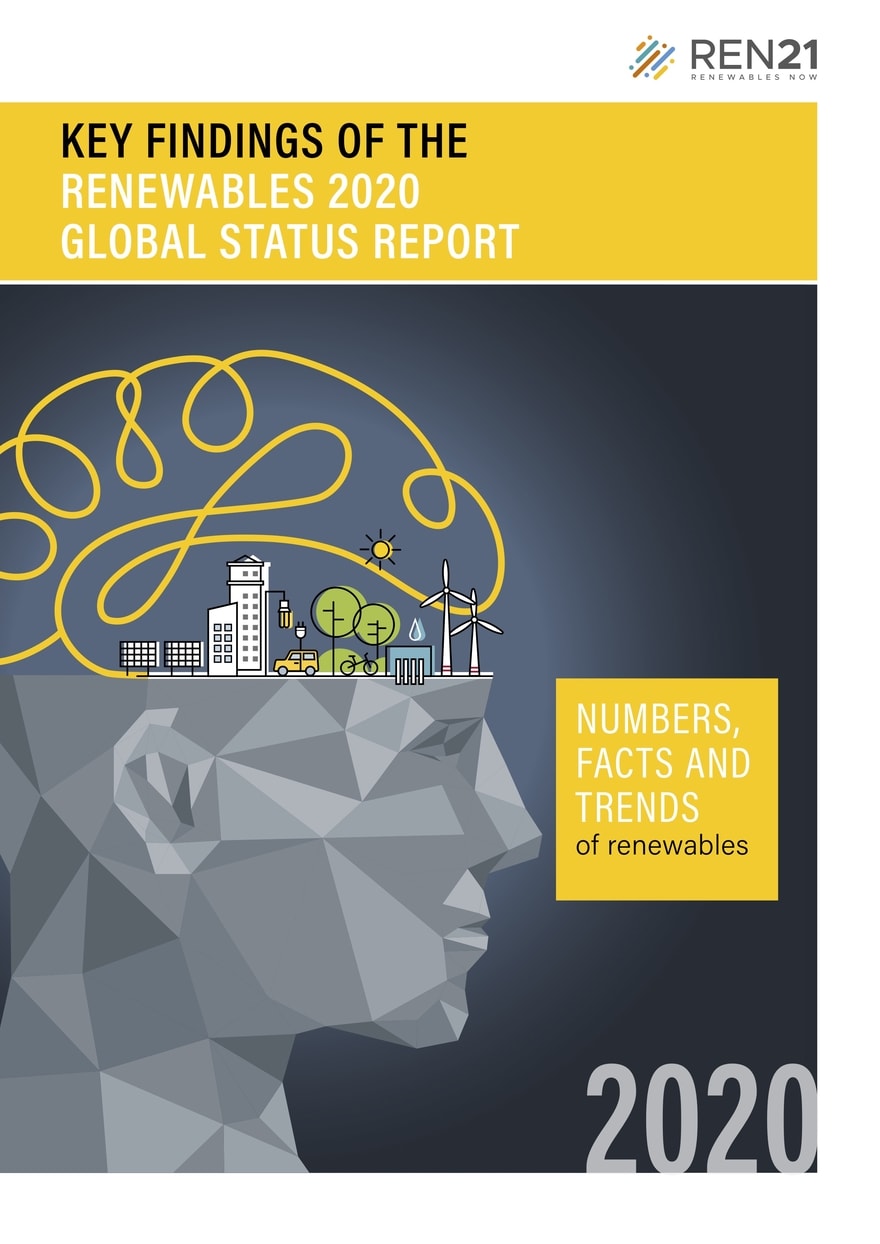