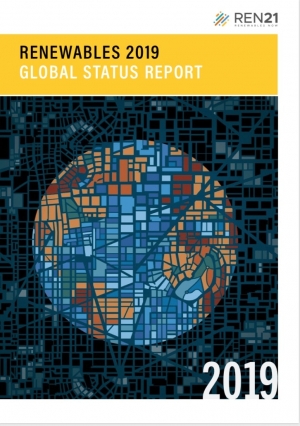 On March 30, 2020, REN 21, a think tank and a multistakeholder governance group which is focused on renewable energy policy, has presented its Renewables Global Status Report 2019. The Report describes the status of global renewable energy in 2018-2019, and further prospects for a global “green” energy transition. The Report also presents general trends in RES sector as of the beginning of 2019, describes the process of managing the energy transition with a detailed explanation of the pace of its development.

The full version of the Report provides more information.