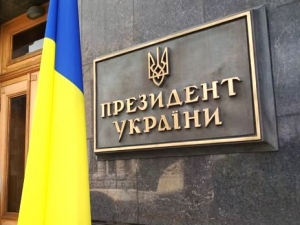 On May 29, 2020, three leading RE industry associations in Ukraine, namely: he Ukrainian Wind Energy Association, the Ukrainian Association of Renewable Energy and the European-Ukrainian Energy Agency, addressed a letter to the President of Ukraine Volodymyr Zelenskyy requesting for the meeting.

A new electricity market launched in Ukraine in July 2019 contributed significantly to the healthy competition between electricity producers, which has reduced the day-ahead market prices for electricity since autumn 2019. “On the other hand, it highlighted several imperfections, which threatens the sustainability of the energy sector – and in this case, in particular the renewables sector. Without factual and effective government action, the sector will inevitably fall into default”, the letter said.

The RES producers expressed their gratefulness to the Prime Minister of Ukraine Denis Shmyhal and Acting Minister of Energy and Environmental Protection of Ukraine Olga Buslavets for their professional work to find ways to resolve this situation and the decisions they made, which have already yielded significant results in overcoming the energy crisis.

Meanwhile, the RE associations addressed the President of Ukraine with a request to meet with key players and the largest investors in renewable energy in Ukraine: “However, despite our efforts to resolve the situation, we are still half a step away from reaching the long-awaited compromise, because only you can take this last step”.

The authors of the letter highlighted the role of RES in the economy development of the country: About 25,000 citizens of Ukraine have invested their own funds and savings in the development of the RES sector, thanks to which the sector has been able to create about 30,000 new jobs. Moreover, the activities of the largest investors in RES are multidisciplinary. In particular, they are also engaged in the production of consumer goods and services as employers for hundreds of thousands of citizens of Ukraine and, most importantly, the largest taxpayers in the country”.

Justifying the need for a meeting, the associations also described the risks for state-owned banks and international relations should a compromise between the Government and business does not reach.

“Investors have repeatedly proven their desire and ability to negotiate. Thus, during the 12 years of operation of the renewable energy model in Ukraine in the form of a “green” tariff, the income tax exemption was abolished, the “green” tariff for SES was reduced four times, an auction model of industry development was introduced, and the technical conditions for connection to the electricity grid were reduced, the development of many projects was voluntarily stopped, and hundreds of millions of hryvnyas were written off as losses.

Despite this, today investors are once again ready to agree to reduce the existing support for the RES industry. The main proposals are voluntary restructuring of the size of the "green tariff", as well as voluntary refusal to put into operation new renewable generation facilities, which will reduce the financial burden on SE "Guaranteed Buyer" by more than 80 billion UAH”, emphasised the RES producers.

The RES producers expressed their readiness to present all the necessary data, figures and facts that indicate last year's successful state of development of the industry, its positive impact on the electricity market, filling the state budget and the development of Ukraine's economy in general.

“We are confident that your direct participation in resolving the crisis in the industry will be a catalyst for a balanced and compromise decision and guarantee the implementation of the agreements reached by all parties to the negotiations as soon as possible”, summed up the authors of the letter.