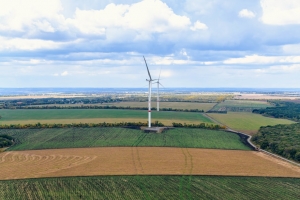 MORATORIUM ON SALE OF AGRICULTURAL LAND IS LIFTED IN UKRAINE

On April 28, 2020, the President of Ukraine signed the Law of Ukraine “On Amendments to Some Certain Legislative Acts of Ukraine Regarding the Turnover of Agricultural Land” (No 552-IX) which the Verkhovna Rada adopted on March 31, 2020.

The main provisions of the adopted bill include: