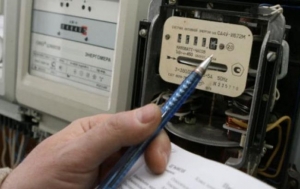 The Law on Regulator Entered into Force

The Law of Ukraine “On the National Commission for state regulation in the energy and utilities” (hereafter “the Law”) adopted by the parliament on 22 October 2016 in the second hearing was officially published in the newspaper “Golos Ukrainy” (Voice of Ukraine). The law came into force on the day following the day of its publication, except for the first paragraph of Article 11, Article 13 of this Law, which will come into force on 1 January 2017.

According to the Law, the Regulator regulates, monitors and controls business entities in the energy and utilities spheres, in particular:

c.       transportation of oil, oil products and other substances by pipelines;

a.       production, transportation, distribution and supply of heat (above amounts provided in licensing conditions);

b.      water supply and water sewerage (above amounts provided in licensing conditions);

c.       processing and burial of municipal wastes (above amounts provided in licensing conditions)

In the mentioned spheres the Regulator will be authorized to (within limits envisaged by laws):

The Regulator’s decision is deemed to be passed if at least 4 members voted for the respective decision.

The term of appointment constitutes not more than 6 years (with a periodic rotation) without a right to be appointed more than 2 terms. The NEURC's chairperson is appointed by its members by secret voting every 2 years. All current members of the Regulator shall leave their position within 18 months after the entry into force by Law on Regulator.